On a previous post, I covered how to setup continuous integration for Haskell projects using a combination of Stack, Travis CI, and Docker. But what about documentation? 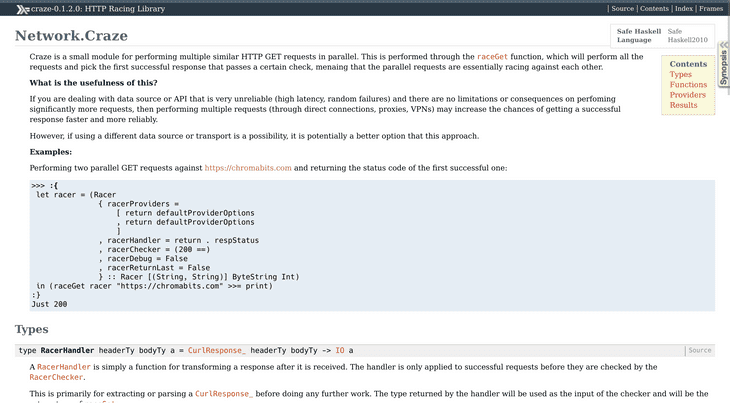 If you already have CI setup for your project with Stack and Travis CI, it is actually pretty easy. In fact, you can make use of GitHub’s Pages feature, which hosts statics sites based on the content of the gh-pages branch to host your documentation for free.

The following is a bash script I’ve been using on a couple of projects on GitHub. It takes care of collecting the documentation and coverage reports generated while building the application, triggered using Stack’s --haddock and --coverage respectively.

To do its job, the script relies on some neat tricks/hacks to keep the process as simple as possible:

If you would like to see a public working example, checkout this repository and its build logs on Travis CI. The resulting documentation is available as a GitHub pages website and coverage reports can be found under /hpc on the site.